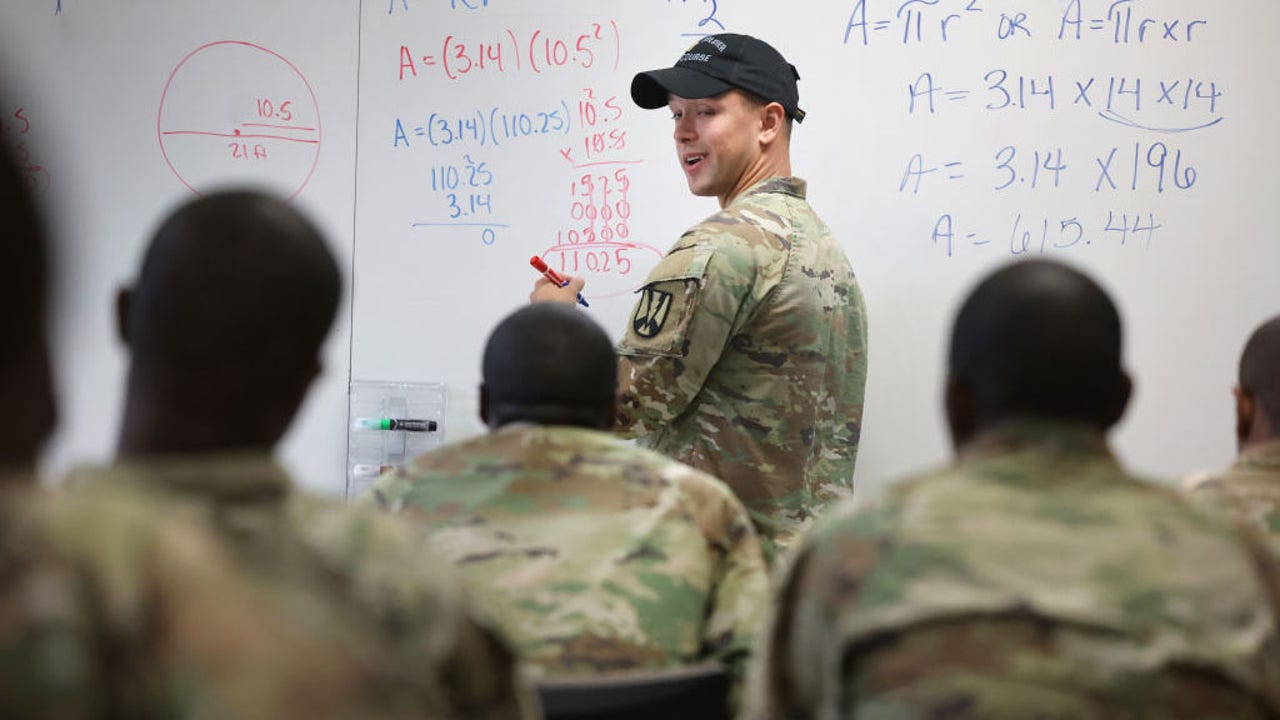 NATIONAL HARBOUR, Md. — This year’s Sea/Air/Space conference came at a critical time for maritime services as they face off against strategic rivals in multiple geographies and war domains.

The aging force structure in the three maritime services makes it more difficult to deter aggression. New technologies and concepts provide naval services with tools to improve their ability to deter and defend and defeat adversaries as needed. Additionally, the Navy faces significant financial hurdles in recapitalizing the nuclear deterrent submarine component in the Columbia-class ballistic missile submarine while trying to build a new force for 21st missions of the century.

The challenge is to maintain the readiness of existing legacy forces while recapitalizing existing capabilities and transitioning to future forces. These new force structure components will likely include more unmanned units, connected within robust networks capable of fighting and winning inside adversary-imposed limitations such as anti-access/area denial bubbles .

Many existing maritime service platforms and systems date from the late Cold War and 1990s. They saw heavy service in the first Gulf War, Balkan operations in the 1990s, and since 2001, in the fight against rogue states and violent extremists in Iraq, Afghanistan and around the world. Limited defense budgets forced the deferral of necessary maintenance between deployments.

Like aging automobiles that aren’t serviced at the dealership garage when needed, many ships, aircraft, and submarines have equipment issues that prevent them from completing their missions. Famous Cold War-era ship classes like Ticonderoga–Aegis-class cruisers, Los Angeles–class attack nuclear submarines, many of the Navy’s amphibious warfare vessels, and even early post-Cold War Arleigh Burke units–class destroyers are approaching and in some cases have exceeded their expected lifespan. Maintaining these aging units at the forefront of global deterrence imposes additional costs on services and taxpayers. Like the aging automobile, these costs soon outweigh the utility of keeping these ships in service.

Throughout the post-Cold War era (1991 to the present), American adversaries have been busy analyzing American capabilities and deploying platforms and payloads to combat them. The People’s Republic of China and the Russian Federation have observed and learned from US joint forces operations over the past 30 years. The PRC remains the “walking threat” and now has a fleet of over 350 fighters, as well as numerous coastal and maritime militias. The PRC also has an extensive force of land-based cruise and ballistic missiles, aircraft and sensors that threaten US forces thousands of miles from China’s shores.

The Russian Federation has been unable to modernize its forces as planned and suffers from serious planning and logistical deficiencies, as evidenced by its botched and bogged down invasion of Ukraine. The Russian Navy’s submarine force, however, although much smaller than its Soviet Cold War equivalent, contains a new generation of very quiet submarines, including the Borei–Class SSBN, the Yasen–class missile submarine armed with Kaliber cruise missiles and several special purpose submarines that could cut seabed cables and damage underwater infrastructure.

Like a submersible version of the German World War II battleship Bismarck, Russian submarines like the Yasencan threaten multiple targets at sea and on land. In addition to China and Russia, North Korea continues to threaten its neighbors with conventional and now nuclear weapons while Iran contributes to instability in the Middle East with its Revolutionary Guard Corps. regime that is harassing shipping, firing random missiles and threatening mine-laying operations in the key Strait of Hormuz through which most of the Middle East’s oil is routed to global customers.

Violent extremists, though pushed back in many areas, remain a threat and, like the Houthis in Yemen, are using increasingly effective weapons, including cruise missiles. The overall threat environment for US maritime services is likely higher than at any time since the end of the Cold War.

Path to the future

The Marine Corps plans to use many unmanned systems in support of its new littoral regiments and the Coast Guard also plans to use more unmanned systems. These ships and new manned ships, including the Constellation-class frigates, DDG-X, Light Amphibious Warfare Ship and others, pave the way for a larger Navy of 500 ships with manned and unmanned units. to better deter and, if necessary, defeat adversaries in multiple domain wars.

Transitioning to a future force of manned and unmanned capable naval forces requires a team effort of civilian policymakers, military officers and industry to achieve the goals outlined by the Navy’s Chief of Naval Operations Adm . Mike Gilday, the Commandant of Marine Corps Maj. Gen. David Berger and Coast Guard Commandant Adm. Karl Schultz for their respective services and for the entire joint force.

Maritime services must transition from current and costly legacy forces to a new combination of manned and unmanned land, underground, air, and expeditionary units capable of meeting the challenges of the 21st century.